Human rights issue 'not off limits' 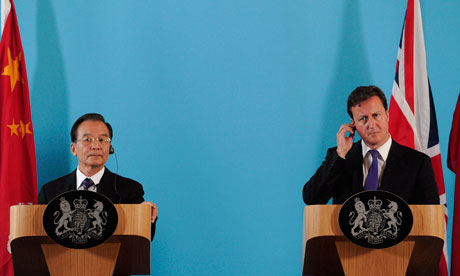 David Cameron insisted human rights issues were not "off limits" with China today after holding talks with Premier Wen Jiabao.
As the two leaders announced a package of trade deals worth £1.4 billion, the Prime Minister said he would always raise difficult questions about political freedom and the justice system alongside seeking closer economic ties.

from the Independent and the Guardian
Posted by Bath Dist. Tibet Support at 22:48