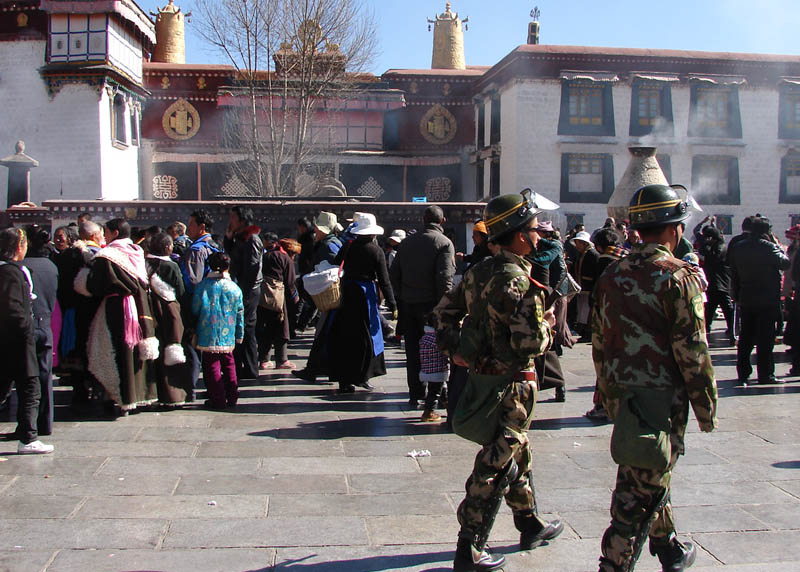 London: China is set to announce a new constraint on Buddhist practising in Tibet, with a barring of Buddhist monks outside of China to be recognized as a reincarnation of His Holiness the Dalai Lama. The ban, set to be made law next month would effectively permit the Chinese government to select the future Dalai Lama.
The new law stipulates that Buddhist monks in Tibet must seek permission from Chinese communist regime for reincarnation has been described by Chinese state administration for religious affairs as an important move to "institutionalize management of reincarnation".
His Holiness the Dalai Lama has made it clear in recent months that the next Dalai Lama will be born and receive religious training in a safe and free environment outside of China. As the new law stands, however, it would seem that two Dalai Lama's would emerge, one Communist state backed and the other religiously supported.
This is not the first time the Chinese government has created limitations to reincarnations, in September 2007, the State Administration for Religious Affairs passed a directive stating, "The so-called reincarnated living Buddha without government approval is illegal and invalid." The same law also stated that the 14th Dalai Lama could play no part in the process of seeking and recognizing a living Buddha.
Reacting to the development, de facto Prime Minister of Tibet, Samdhong Rinpoche, has accuses China of, "formulating various methods to finish the two major Tibetan religious institutions-Dalai Lama and Panchen Lama as these two were very important for Tibetans."
"The new Chinese law is nothing but a ploy to take control of Tibetan religious institutions. He said that China was perhaps waiting for the departure of the Dalai Lama as it believed that his departure would resolve the problem of Tibet itself," he added.
Posted by Bath Dist. Tibet Support at 23:17